The Web of Meaning: Part 2

That science works best by reducing things to their smallest parts

That evolution is the result of selfish genes outcompeting others

EXPAND EACH CHAPTER TO READ MORE

Chapter 4. The patterns of the universe
The ancient Greeks loved a good logical paradox. Leading intellectuals would compete to see who could come up with the cleverest interpretation. One of their favorites was called the Ship of Theseus, named after the mythical founder of Athens who, among other exploits, slew the dreaded Minotaur. After his return to Athens, Theseus’s ship had to be kept seaworthy because he had made a solemn pledge to sail it to the isle of Delos annually to honor Apollo. As old planks decayed, the Athenians would diligently replace them with new timber, until there was nothing left of the ship’s original material. This gave rise to the paradox: Was it still the original ship, or was it now something entirely different?

For the Greeks, enjoyable as it was to chew on this conundrum, the questions it raised were just a sideshow to the great drama of their philosophy. As Plato laid down the foundations of his dualistic universe, which would set the shape of Western thought to the present day, he made no mention of the issues arising from the paradox of Theseus’s ship. But if you pause and reflect on it, you may realize that it raised a profound question regarding the nature of our universe. It turns out that it’s not just Theseus’s ship that remains the same while changing its component parts. Consider a candle flame, flickering in the air. Every moment, the molecules making up the flame are different, yet the flame remains an ongoing entity.
​

​
The same is true for a river: from one day to the next, the water molecules flowing along are entirely different, yet the river may stay recognizably intact for millennia. In fact, the same principle holds true for you and me. Think of a photograph of yourself when you were a child. You know it’s you, but virtually every cell within you now is different from what comprised that child—and even the cells that remain in us for life are constantly reconfiguring their internal contents, so you can be virtually certain that not a single molecule in that little child is still part of you. And yet, you know you’re the same person. You have the memories to prove it. What, then, is it that makes us what we are? What makes anything in the universe what it really is?
​ 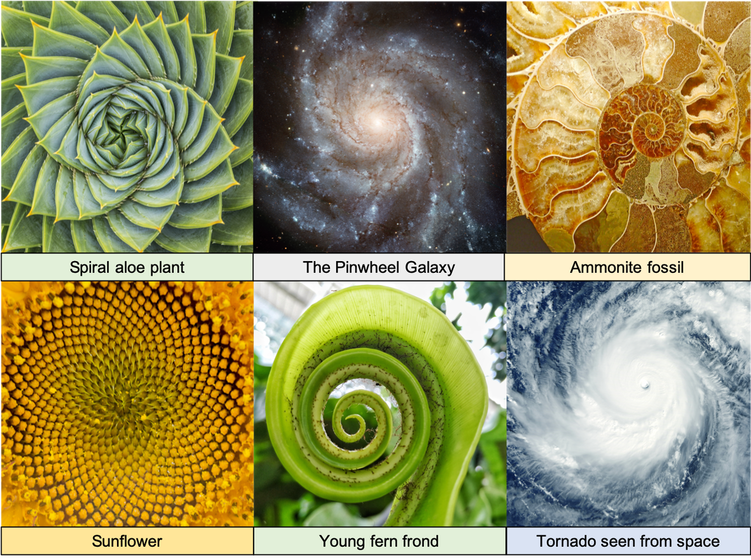 There were, in fact, some philosophers in ancient Greece who pondered this mystery. A century before Plato, Heraclitus was known as the “philosopher of flux” because he was fascinated by the continually changing nature of the universe. “It is impossible,” he famously wrote, “to step into the same river twice.” The only thing you could rely on was the fact that “all things are momentary and pass away.” Plato, who posited an eternally unchanging dimension within his dualistic cosmos, hated Heraclitus’s ideas so much that, in his vision of a perfect society, he proposed sentencing those who propagated them to five years’ solitary confinement.

In recent times, pioneering scientists have revisited Heraclitus’s original inquiry, applying modern frameworks to develop a profound understanding of the patterns of change and stability that constitute the universe. As we’ll see, the implications of their discoveries require us to reassess many aspects of reality that conventional thinking takes for granted. Astonishingly, many of these scientists’ most important insights were already described systematically a thousand years ago. Only, it wasn’t in Europe. The philosophers who developed the first deep understanding of our universe as a system in constant flux lived thousands of miles away from Europe, in a place that boasted, at that time, the most advanced civilization in history—the Song dynasty of China. And it’s there, in China, that we’ll begin our journey to search out the hidden principles underlying our universe that modern scientists are now beginning to uncover.

Excerpt from The Web of Meaning, Chapter 4. Purchase: USA/Canada | UK/Commonwealth
Chapter 5. the harmonic dance of life
There’s an unforgettable moment in the movie, Wall Street, when financier Gordon Gekko tells the shareholders of Teldar Paper why his buyout proposal, incorporating massive layoffs, is not only profitable, but morally legitimate. With his slicked-back hair and custom-tailored suit, he struts to the front of the hall and proclaims:
​Greed is essentially good, Gekko is declaring—because it is the basis of evolution and all that’s arisen from it, including human supremacy. Gekko’s speech was unleashed on moviegoers in 1987 as the world was reeling from an early encounter with the excesses arising from global financial deregulation. His signature claim—“Greed is good!”—has since become the stuff of legend, strikingly capturing the ethos of unrestrained, free market capitalism that has come to dominate mainstream thinking.

The idea that selfishness and greed are drivers of evolution, and therefore possess underlying virtue, has been around for over a century, ever since Charles Darwin’s theory of evolution became widely accepted. The archetypal robber barons, Andrew Carnegie and John D. Rockefeller, both argued that the “survival of the fittest” principle justified their cutthroat tactics. But the publication in 1976 of Richard Dawkins’s bestseller, The Selfish Gene, adroitly repackaged the notion for modern times, reducing the complexities of evolution to a brutally elemental simplicity. As Dawkins summarized it:

"The argument of this book is that we, and all other animals, are machines created by our genes. Like successful Chicago gangsters, our genes have survived, in some cases for millions of years, in a highly competitive world. This entitles us to expect certain qualities in our genes. I shall argue that a predominant quality to be expected in a successful gene is ruthless selfishness. This gene selfishness will usually give rise to selfishness in individual behavior. . . . Much as we might wish to believe otherwise, universal love and the welfare of the species as a whole are concepts that simply do not make evolutionary sense."

With the notion of the “selfish gene” as the ultimate driver of evolution, Dawkins had hit the zeitgeist jackpot, helping forge the moral framework of his age. Influential thought leaders have since infused this supposed biological truth into economics, politics, and business. “The economy of nature is competitive from beginning to end,” writes sociobiologist M. T. Ghiselin, coeditor of the Journal of Bioeconomics.

In 2001, as a new wave of financial scandals rocked the world, the commodities trading company Enron was caught red-handed in systematic fraud, with dire consequences for many. The favorite book of Enron’s CEO, Jeffrey Skilling, was The Selfish Gene. Skilling, who spent years in jail, was such an ardent fan of Dawkins’s theory that he had instituted a company-wide compensation system incentivizing unethical behavior on the basis that people are inherently selfish, and thus motivated solely by greed and fear. Skilling was just the most egregious example of an ethos that has spread so widely through business and public policy that nowadays it is barely even questioned.

It’s difficult to overstate the pervasiveness of Dawkins’s selfish gene theory in popular culture. In a nutshell, the underlying story goes something like this: All organisms in nature are simply vessels for the replication of the selfish genes that control us. As such, all living entities—including humans—are driven to compete ruthlessly to pass on their genes. This struggle for reproduction is the underlying engine of evolution, as occasional positive random mutations in genes give an entity a competitive edge to beat out weaker rivals. Any apparently altruistic behavior is merely a convenient tactic for a concealed selfish goal. Since nature works most effectively based on selfishness, human society should be similarly organized, which is why free market capitalism has been so successful in dominating all other socioeconomic models.

You may notice in this story echoes of themes discussed earlier. A crucial aspect is its reductionist quality: everything can ultimately be explained by its lowest common denominator, the gene: “The organism is only DNA’s way of making more DNA,” stated biologist E. O. Wilson during an early, reductionist phase of his career. A related theme is that all natural entities are simply machines. We already saw Dawkins describe a bat as a machine—now we see him include humans in that category. Our genes, he tells us, “swarm in huge colonies, safe inside gigantic lumbering robots . . . manipulating [the outside world] by remote control. . . . They have come a long way, these replicators. Now they go by the name genes, and we are their survival machines.”

This story presents a view of life on Earth fundamentally different from that held by other cultural traditions around the world. Our nomadic hunter-gatherer ancestors saw nature as a “giving parent,” and many Indigenous people today see living beings as part of a vast extended family. In traditional Chinese thought, as we’ve seen, the universe was understood to be an interconnected web, with the ultimate human goal to attune with the harmonic web of life in which we are all embedded. Harmonizing, rather than competing, was seen as the key to a successful life.

Hardheaded biological reductionists have long grown accustomed to shaking their heads at such descriptions of the natural world, rejecting them as fuzzy-headed nonsense. However, it turns out to be the story of the selfish gene that is based on fundamental misconceptions. In recent decades, researchers in evolutionary biology have overturned virtually every significant assumption in the reductionist account of the selfish gene. In its place, they have developed a far more sophisticated conception of how evolution works, revealing the rich tapestry of nature’s dynamic interconnectedness. Rather than evolution being driven by competition, it turns out that cooperation has played a far more important role in producing the great transitions that led to Earth’s current breathtaking state of diversity and beauty.

The trouble with the selfish gene story is not just that it’s scientifically flawed; it’s also that it presents such an impoverished view of life’s dazzling magnificence. The discoveries of modern researchers showing how life evolved to its current state of lavish abundance reveal a spectacle of awe-inspiring complexity, mind-boggling dynamic feedback loops, and infinitely subtle interconnections.

The saga of how life has unfolded on Earth is perhaps the greatest story ever told. As we deconstruct the selfish gene myth and discover the awesome reality revealed by modern science, we’ll see that this new understanding of life can perhaps be summed up best by reprising the insight of ancient wisdom: what has evolved on Earth, in all its glory, is a harmonic web of dynamism.

Excerpt from The Web of Meaning, Chapter 5. Purchase: USA/Canada | UK/Commonwealth

EXPLORE MORE IN THE WEB OF MEANING

Explore The Web of Meaning, chapter by chapter